I wake up. Toss restlessly for five minutes before getting out of ‘bed’. I put some water on the boil for a coffee. A couple of clicks of my camera and a gurgle from the pan. Sunrise captured and coffee ready. Porridge. Pack up. Pedal.

Routine. My spirit cries out against it yet here it stands shamefully before me. Five months into my cycle ride around the world and I have subconsciously slipped into a routine.  My friends are back home fresh from university and entering the world of graduate city jobs; deadlines, long hours, repetition; a world I’ve tried my hardest to remove myself from. Yet a common thread connects us beyond the occasional Facebook messages and Skype calls. Routine.

I was riding along Ruta 3, Peru’s Andean highway and a ribbon of smooth tarmac amidst this continent’s myriad of rough dirt roads. Each day was repeating itself. Daily climbs of over 2,000m, beautiful vistas, a wonderful culture with so much to learn from. On paper the perfect ingredients for a fulfilling bike tour. But it was the repetition. It was the routine. I should have been revelling in my experience yet my journey had somehow been boiled down to the simple maths of daily distance, slowly covering each northward kilometre of this continent and ticking off each degree of latitude. I wasn’t feeling fulfilled. My childhood was one of long distance sport, always pushing myself physically to go further and faster, and this, perhaps unfortunately, was becoming an underlying theme to my ride. Although I had no deadlines or targets to meet, I often found myself racing along the road, feeling the need to go far and to go fast, yet missing out on the country all around me. Too often I would pass the perfect wild camp spot just to squeeze another 20km into the day. I know that I’m not out to break any records, I’m out to see the world, yet my goals stand, ironically, as obstacles to the real adventure, towering higher than the snow capped mountains that surround me. And all the time the ticking over of my routine. Eat. Cycle. Sleep. Eat. Cycle. Sleep. Although the fundamentals of bike touring wont change; I need to eat, cycle and sleep, I could at least change how and where I did these three.

The topography of the road was matching my emotions, daily ups and daily downs – on top of the world one minute before plunging towards the shadowed valley floor the next.  I’ve always found that physical effort focuses my mind; concentrating on one single thought and exploring all of its possibilities until the wheels start spinning, the pedals stop turning and the thrill of a fast descent begins. And here in the Andes the hours spent pedalling my all too heavy bicycle uphill allowed plenty of time for thought. I was searching for the purpose of my trip – I knew that it lay somewhere in new experiences, personal exploration and uncertainty – I knew it lay in having an adventure. Yet routine, the antithesis of adventure, seemed to lurk around every hairpinned corner.

The reality of my trip, beyond the photos and videos I share with family, friends and interested others, is that I found myself at the point where it had simply become my life. Nothing old and nothing new. I wasn’t living each day to the full. I wasn’t on the ‘trip of a life time’ as I am so often told. Rather I was simply getting on with living, the same as everybody else, albeit in a very different form.

Like others my age, I often find my gaze firmly fixed on the future. Whilst in the saddle my mind naturally wanders to questions of what’s next? What will life be like when I reach home? What will I do when I reach home? What relevance does this trip have for the rest of my life? Often these thoughts of home provide sweet succour in moments of hardship and act as a spur to drive me onwards. Yet they also remove me from the moment.

I had unfortunately come face to face with the real demon of completing a multi-year journey. It’s not the physical effort, as a former racing cyclist I relish the prospect of testing my body’s limits. Rather it is the mental strain, the monotony. Was I able to keep myself ‘entertained’ enough, find the route that would lead to the most rewarding experiences? This is the real challenge. There is little virtue in just mindlessly pedalling and passing through landscapes. After some time, simply existing amidst spectacular views becomes a little boring.

So I decided to leave the smooth tarmac and give my mind a shake up – reinvigorate my journey. I took to the dirt roads of central Peru, headed to the highest and hardest mountain passes I could find.  I pushed, pulled and pedalled my bike over mountain pass after mountain pass, climbing high then riding low. I followed a network of seldom used tracks and paths, always up and down through this breath-taking country. This is what I needed and wanted, at last I began to forget the false sense of urgency I had placed on myself, the sense of reaching a certain country or a certain place by a certain time and began to have some old fashioned good hard fun! When the track ended and the path began I kept on moving. Hauling my bike and bags up and down hillsides, across rivers and into the adventure I was looking for. Into the real essence of my trip. I was overjoyed, what on the face of it was supposed to be hard work was the complete opposite. The cars and trucks that had been my companions on Ruta 3 gave way to the occasional family on horseback – crossing from one valley to the next in order to sell their meat and produce. From my foreign perspective they lived a beautifully rugged existence, but perhaps they shared the same disdain for their routine as I had done. Perhaps they wanted to ‘shake things up’ a bit. The route kept on getting better and better, higher passes, harder tracks, mud, snow, sun and rain – all the while the views and altitude engaged in an endless battle for my breath.  But I was motivated. It was easy. I was having an absolute blast.

However, as the old saying goes, ‘all good things must come to an end’, and after two weeks of tackling these mountains I was beginning to ask myself “what’s next?” “I’m used to this now, I’ve slipped into my routine. I don’t feel scared or nervous or excited anymore, I’ve found the comfort in the adventure, and now the adventure has fallen by the wayside again. What’s next?”

Humans have navigated their evolution to its current point through their fundamental ability to adapt. We’re hardwired to do this. Although adventure conjures up images of nature and the outdoors, its essence is uncertainty, lying somewhere within the unknown and the inexperienced, and as such our fierce adaptability counts as a compromise to this. The adventure all too readily secedes to routine and comfort; to normalcy.  The road between adventure and normal ‘life’ seems to be all too short.

Chasing adventure can be a game without end. Contentment is never to be found, instead only temporary fulfilment and perpetual longing. I stare at the map of my experience and see adventure as that which lies beyond its borders. Yet upon reaching these fabled edges they fall away into the distance, leaving me to chase after them once more. I am like a dog chasing its tail, the prospect of adventure urges me to keep discovering and exploring, to keep feeling inspired. To be pushing my boundaries whilst on a multi-year cycling trip is a fundamental element of its success. Escaping the routine and keeping true to the values that concocted the trip in the first place is an absolute necessity. To be able to achieve this is a true talent, and its something that I’m still searching for. 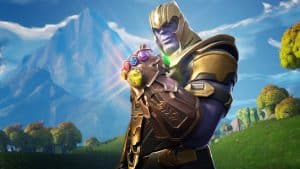 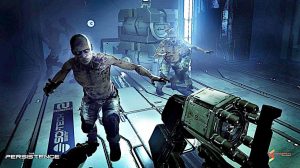